…to ask your server 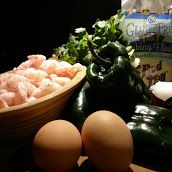 Satisfying your craving for amazing Mexican dishes should not require a run in with the Gluten Border Patrol!

By using one of our great choices, in gluten free flour, it is simple to create many of the dishes you are lusting after!

The Peppers:
Using the broiler or over a gas flame, burn the skin of the poblano peppers. Wrap in paper towel or a paper bag to steam the skins loose.  When cool, remove all of the skin.  Remove the top and seeds.  The peppers can be fragile, so do so gently.  If one splits, don’t fret, toothpicks can work magic. Place the opened, prepped peppers on waxed paper and set aside.

The Sauce:
Place olive oil and shallot in a sauce pan.  When wilted, add garlic, ground cumin and coriander.  When done, add the tomato sauce, cayenne, salt and pepper.  Once warmed through, add the juice from half a lime and simmer.  Keep an eye on the liquid level.  You may need to add a few tablespoons of water.

If shrimp are frozen, thaw under cold running water, then mix together the shrimp, some of the chevre, a few tablespoons of prepared rice, chopped cilantro, lime zest, juice from the other half of the lime, salt and pepper.

To Stuff the Peppers:
Place the shrimp filling on the roasted, opened pepper.  Wrap the cut sides around the filling and secure with a toothpick.  If you have additional splits in the pepper, secure those, as well.  Once you have filled all the peppers, prepare them for frying.  Beat the eggs in a bowl large enough to hold a pepper, too.  Add a tablespoon, or two of cold water and mix.  Place some gluten free flour in another, equally sized bowl.  Dip each pepper in, first the egg, then the flour and set on a plate or waxed paper.  Once you have coated all the peppers, heat some olive oil in a stout bottomed pan.  When hot, carefully place one or more peppers in the oil and cook each side until lightly browned.  Set aside to cool.  When all the peppers are browned, carefully remove all the toothpicks.  They should stay together nicely.

To put the dish together:
Ladle some of the sauce into the bottom of a baking dish.  Place the browned peppers neatly on top of the sauce.  Put the rest of the sauce across the peppers and garnish with the remainder of the chevre.  Pop into a 350 degree oven.  Cook for about 45 minutes, or until bubbly and the cheese is lightly browned.

The side dish:
Mix warm prepared rice with chopped cilantro, green onion, melted butter or olive oil and desired seasoning.  Place rice on the plate and top with one or two of the finished rellenos.

Serve to family and friends.  You have no reason to tell them they are gluten free.  They will never know!  In fact, they will probably suggest you open a Mexican restaurant!  Enjoy!  Chef Celinda

You have food allergies or sensitivities.  What about your pet?  Does your dog have similar problems with the foods he eats?  Hey, he’s just thrilled to get all those beg-able treats!  Why would he question a good thing like that?!?  Do you know what’s in those goodies you’re tempting him with?

People used to tease me that, of course ‘MY’ dog had allergies, since I do.  It was no joke.  What she ate, was potentially causing a lot of major symptoms.  I started doing some reading on the subject.

Research shows that dogs can be allergic to beef, dairy, wheat, egg, chicken, lamb, soy, pork, rabbit, and/or fish. Many dogs with food allergies are are found to be allergic to more than just one item on the list.

My research showed that symptoms could include:  chronic ear inflammation, gastrointestinal problems, including diarrhea and gas, licking their feet, or an itchy rear end.

The best way to determine if this is a problem is thru elimination.  Read the ingredients!  Take away the most common culprits, just like you would do for yourself.  After the symptoms clear up, you can test by reintroducing an ingredient, to confirm. Dietary changes can have a rapid and profound affect.   Don’t be surprised when you find yourself with a healthier, happier dog!

My girl had so many issues that I made her food myself.  People assumed it was because I was a Chef, so my dog had to eat gourmet meals, too!  She certainly enjoyed what I created for her, but honestly, my big scary girl had a very delicate intestinal system and suffered from severe skin problems if she ate a number of different ingredients.  It was so much easier to just make food for her most of her life.  She took care of me and I took care of her.

I am not recommending you start making your own dog food.  It’s a pretty big job.  With so many excellent products available now, you will probably be able to find a food and treats that works for your best friend.  If you are considering this step, I would recommend Dr Pitcairn’s Complete Guide to Natural Health For Your Dog.  This is a book I recently added to my collection.  You will find it will take you through the minefield of canine diet in a clear and do-able format. 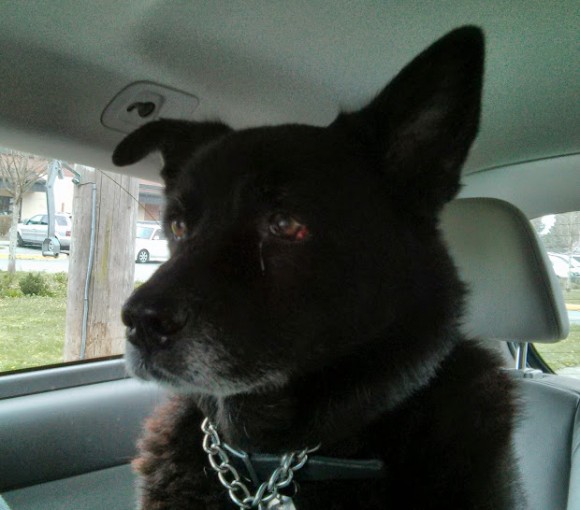